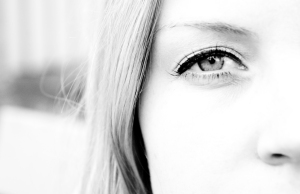 Psalm 139:13 “For you created my inmost being, you knit me together in my mother’s womb. I praise you because I am fearfully and wonderfully made:”

Earlier this week I watched a documentary about man who had undergone extensive surgery to reconstruct his face after the removal of a cancerous growth. A tumour the size of a tennis ball had been removed from his sinuses and as a result he’d lost his left eye socket, his sinuses on the left side, and the roof of his mouth. This made it very difficult for him to talk, he’d lost his sense of smell and he was not able to eat solid food, instead getting all his nutrition from a tube directly into his stomach. Needless to say, this had significantly changed his quality of life, albeit that he was now free from cancer.

The programme was fascinating, as a group of eminent surgeons, dentists and prosthetic artists attempted to reconstruct his face, not only for cosmetic reasons, but to allow him to eat and talk properly again. Over the course of several months they pioneered new techniques as they designed and fitted a new titanium structure to his face, onto which they fixed silicone facial implants, a prosthetic palate and artificial teeth. The finished result was very impressive and gave the man a new lease of life.

Our medical professionals are incredibly talented and skilled and the advances in medical science and surgery over the last century are quite staggering. However, what struck me as I was watching this, was the amount of time, effort, money and skill it took to reconstruct this man’s face.  For a man-made solution the results were brilliant, but when compared with the other side of his face it was like holding up a child’s stick figure drawing, next to the Mona Lisa.

Genesis 2:7 says “the Lord God formed man from the dust of the ground and breathed into his nostrils the breath of life, and the man became a living being”.  God, in his awesome power made man out of dust. He preceded this by creating the whole world and everything in it, all over a period of six days! The incredible complexity of nature and the human body, demonstrates just how amazing our creator God is.

We continue to make huge leaps forward in medical science and thousands of lives benefit from the skill of our doctors and surgeons, but compared to the astonishing creative power of God, this pales into insignificance. No matter how advanced humans get we will never get close to the creative and restoring power of God.  As the Psalm says, we are “fearfully and wonderfully made”.  We cannot begin to comprehend the complexity of our created bodies and the world around us, and the only response is to look to God in awe and wonder and praise him.