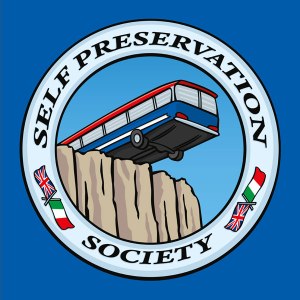 1Now the serpent was more crafty than any of the wild animals the Lord God had made. He said to the woman, “Did God really say, ‘You must not eat from any tree in the garden’?”

5“For God knows that when you eat from it your eyes will be opened, and you will be like God, knowing good and evil.” 6When the woman saw that the fruit of the tree was good for food and pleasing to the eye, and also desirable for gaining wisdom, she took some and ate it. She also gave some to her husband, who was with her, and he ate it.

7Then the eyes of both of them were opened, and they realized they were naked; so they sewed fig leaves together and made coverings for themselves. 8Then the man and his wife heard the sound of the Lord God as he was walking in the garden in the cool of the day, and they hid from the Lord God among the trees of the garden.

9But the Lord God called to the man, “Where are you?” 10He answered, “I heard you in the garden, and I was afraid because I was naked; so I hid.” 11And he said, “Who told you that you were naked? Have you eaten from the tree that I commanded you not to eat from?”

12The man said, “The woman you put here with me—she gave me some fruit from the tree, and I ate it.” 13Then the Lord God said to the woman, “What is this you have done?” The woman said, “The serpent deceived me, and I ate.”

The essence of sin is to put human judgement above divine command. This has been the case since Adam and Eve first disobeyed the single instruction God gave them. The fallen human condition began right there and set the precedent for all sin, for all time. The desire to be like God and have his knowledge and power was too much to resist, despite the warning that they would die. They had encouragement along the way by Satan in the form of a serpent who distorted the truth, but they always had a choice.

The immediate effect of the departure from God’s guidance was that they felt shame. Their newly acquired knowledge showed them that they were naked and they covered their bodies in a desperate attempt to preserve dignity and save face. I imagine that Adam and Eve would have been hoping that God didn’t notice their transgression, rather like my two boys who hide behind the sofa when they’ve been naughty. Despite his question, God knows where they are and what they have done – he is omniscient after all!

Instead of admitting his sin, Adam stalls by saying that he was ashamed because he was naked, so he hid. The only reason he knows he is naked is because he ate the fruit, and when God presses him on the matter he immediately points the finger at his wife! Again, like my boys who often respond with head bowed and finger pointed – “he told me to do it!” In fact Adam indirectly blames God – “the woman YOU put here gave me the fruit, so I ate it”. God then turns his attention to Eve. Her response is very similar and she blames the serpent!

The consequences of their sin are then outlined by God and can be read in Genesis. (They do not die immediately as the reader might assume they would. I don’t propose to cover this matter in this blog, but a good explanation can be found here:

Our response to sin is no different to Adam and Eve, or my children for that matter! Our first response, once we realise we’ve done something wrong is to stall, deflect blame or hide. When we engage in premeditated sin, these things are often done in preparation for the act. All these actions are employed for self-preservation. We don’t want to be found out, admit that we were wrong, or deal with the consequences. Like Adam and Eve we feel shame and make efforts to cover up our vulnerability. Everywhere you look in life, humankind is trying to cover up for sins of the past, present and future. There are fresh scandals in the news every day, where people from every strata of society cover up for wrongdoing. This creates scandal and outrage, but we all do it to some extent because we are only human!

We can’t hide from God. He sees everything that we do and he knows what we are thinking. That can be a terrifying thought and without Jesus, it would be. The good news is that although we are subject to our human nature, we are selfish and have a proclivity towards self-preservation, our sin has already been accounted for. Centuries after our relationship with God was broken, Jesus came and gave his life as a cover for our sin and to restore our access to God. We don’t need to atone for own sin by making sacrifices, and we don’t done need to hide away from them. We don’t need to point the finger of blame because he has taken all the blame. We may have to face earthly consequences for our actions, but our eternal salvation is assured so long as we admit our failings, bring our sin into the open, and confess it to God.

Jesus is the only person in history with the right to self-preservation, but he surrendered this on the cross so that we could be free to live without the burden sin, and the oppressive need to cover it up. As Jesus said:

“Whoever wants to be my disciple must deny themselves and take up their cross and follow me.  For whoever wants to save their life[f] will lose it, but whoever loses their life for me will find it. 26 What good will it be for someone to gain the whole world, yet forfeit their soul? Or what can anyone give in exchange for their soul?” Matthew 16:25-26.

Self-preservation may provide short-term benefits but the price will be the forfeiture of our souls. We must be willing to take up our cross and follow Him as self-preservation only leads to self-destruction. Pray that Jesus helps you to do this so that you can be free from sin, by the power of His spirit and for His glory.

(I’m sorry to disappoint you if you were expecting a reference to “The Italian Job” movie. I only borrowed the title from the soundtrack as it was quite apt!)