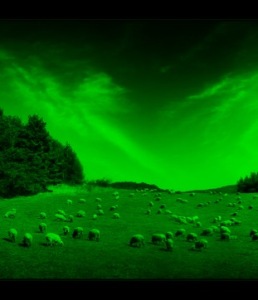 8 And there were shepherds living out in the fields nearby, keeping watch over their flocks at night. 9 An angel of the Lord appeared to them, and the glory of the Lord shone around them, and they were terrified. 10 But the angel said to them,

“Do not be afraid. I bring you good news that will cause great joy for all the people. 11 Today in the town of David a Saviour has been born to you; he is the Messiah, the Lord. 12 This will be a sign to you: You will find a baby wrapped in cloths and lying in a manger.”

13 Suddenly a great company of the heavenly host appeared with the angel, praising God and saying,

“Glory to God in the highest heaven,

and on earth peace to those on whom his favor rests.”

15 When the angels had left them and gone into heaven, the shepherds said to one another,

“Let’s go to Bethlehem and see this thing that has happened, which the Lord has told us about.”

16 So they hurried off and found Mary and Joseph, and the baby, who was lying in the manger. 17 When they had seen him, they spread the word concerning what had been told them about this child, 18 and all who heard it were amazed at what the shepherds said to them. 19 But Mary treasured up all these things and pondered them in her heart. 20 The shepherds returned, glorifying and praising God for all the things they had heard and seen, which were just as they had been told

I would love to know what was going through the minds of the shepherds in this account. On another ordinary night out in the fields looking after the sheep, an angel appears out of the darkness. If my mobile phone goes off in a dark room it makes me jump, so an angel making an appearance in a dark field must have been rather petrifying! Luke tells us that they are “terrified”, and rightly so – it’s not an everyday occurrence!

The angel tells them the good news of the birth of their saviour Jesus in the nearby town. After calming their nerves by telling them not to be afraid, the angels give directions for how to find him- there couldn’t have been many babies sleeping in a manger! There is no instruction from the angels that they must go, instead it is more of an invitation – I believe the shepherds always had a choice whether they went to find Jesus.

And then, just in case the shepherds weren’t sufficiently awestruck, a heavenly host appears to praise God, with what I can only imagine was a symphony of music and singing, and brilliant light that would put the most spectacular firework display to shame. It would seem that as quickly as the angles appeared, they went – I bet it took the shepherds a while to get their night vision back and start to absorb what had just occurred.

I find it strange that there is no mention of what happened when they found Jesus, but perhaps this adds to the mystery and sacredness of the event. They were probably some of the very first people to meet Jesus, other than Mary and Joseph. I’d love to know what they said and what they did. I’d also like to know what Mary and Joseph thought of a group of shepherds turning up unannounced to see their baby!

The important thing is that they went to find him, which was really the only possible response after such a mind-blowing announcement – beats a Facebook notification, which is how I’ve told most people about the birth of our children!

Having seen Jesus, they don’t return to the return to the fields unchanged. They “spread the word” about him. They had experience something so incredible they were compelled to tell people about it and they praise and glorify God for it.

I think there is much we can learn from the shepherds…

God chose to announce the birth of his Son and Messiah to them before anyone else, completely demolishing the expectations of the day that the religious leaders and those in positions of power had some divine right and exclusive access to God. No matter how insignificant we may feel, God can and will speak to us, sometimes out of darkness and obscurity. He uses the weak and insignificant things of this world to spread his message and build his Kingdom.

God never forces us to do anything. He is a loving father wants what is best for us, by coming to know him through his son Jesus, but he gives us the choice. We either accept the invitation to be in relationship with him, or we reject him and go our own way. The shepherds could have stayed in the fields if they had really wanted to, but they saw the glory of God and they couldn’t ignore the good news that the Messiah, the saviour of the world had arrived. If we really allow God to reveal himself to us and we are open to the work of his spirit in our lives, we will urgently seek him every day, just as the shepherds hurried to find Jesus in the manger.

Having seen Jesus, the shepherds had two responses. Firstly, they spread the word about him. There was no way that they could have kept such amazing news to themselves…was there? We have the same saviour, the same God, the same message of hope and yet we are often reticent to share it with others. Why is this? Perhaps it is a cultural conservatism, fear of appearing superstitious or “religious”, lack of confidence and faith?

Secondly, they returned glorifying and praising God. An encounter with Jesus should inevitably lead to worship and adoration. By making space and time to be in the presence of God and to be filled with the Holy Spirit, and by soaking in the vastness of his love communicated through the scriptures, we should be moved to praise and deepen in our love for Jesus. When we return to our own “fields” – the places where life happens at work, home, with friends and family and where we go through the highs and lows, the rough and smooth – we will have the attitude of praise and the joy, hope and peace that comes from knowing the living God.